Water Smarter, El Paso
As a desert community, water conservation is an integral part of our way of life. We worked with

to promote their water conservation campaign. We developed the campaign tagline ‘Water Smarter’ and designed the branding for the campaign. Using the tagline and creative, we designed a mailer reminding residents of the watering schedule and implemented a digital advertising campaign to reach additional residents and provide information about desert-friendly plants and conservation tips. The campaign ran in English and Spanish. 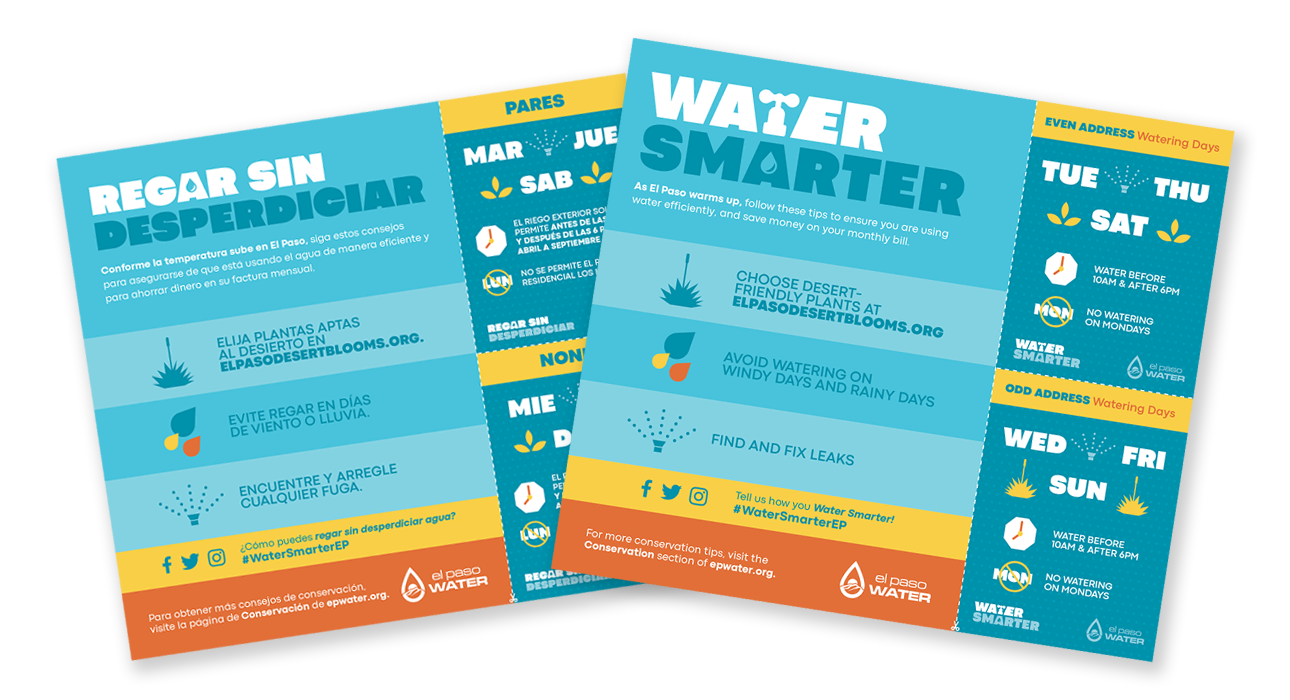 Since 2008, El Paso Water has also been responsible for stormwater management. During the rainy season, typically from June to September, with the heaviest rainfall occurring in August, El Paso streets are prone to flash flooding as water quickly moves down the Franklin Mountains and through city streets to drainage canals. We worked with El Paso Water to promote their Turn Around, Don’t Drown campaign. The campaign was an appeal to the community to not drive through flooded streets and to also avoid playing in the canals. We enhanced El Paso Water’s existing campaign creative and launched a bilingual media campaign that included radio ads, outdoor advertising and digital ads, which all led to a unique landing page that included trivia and facts on how to stay safe during flooding season. 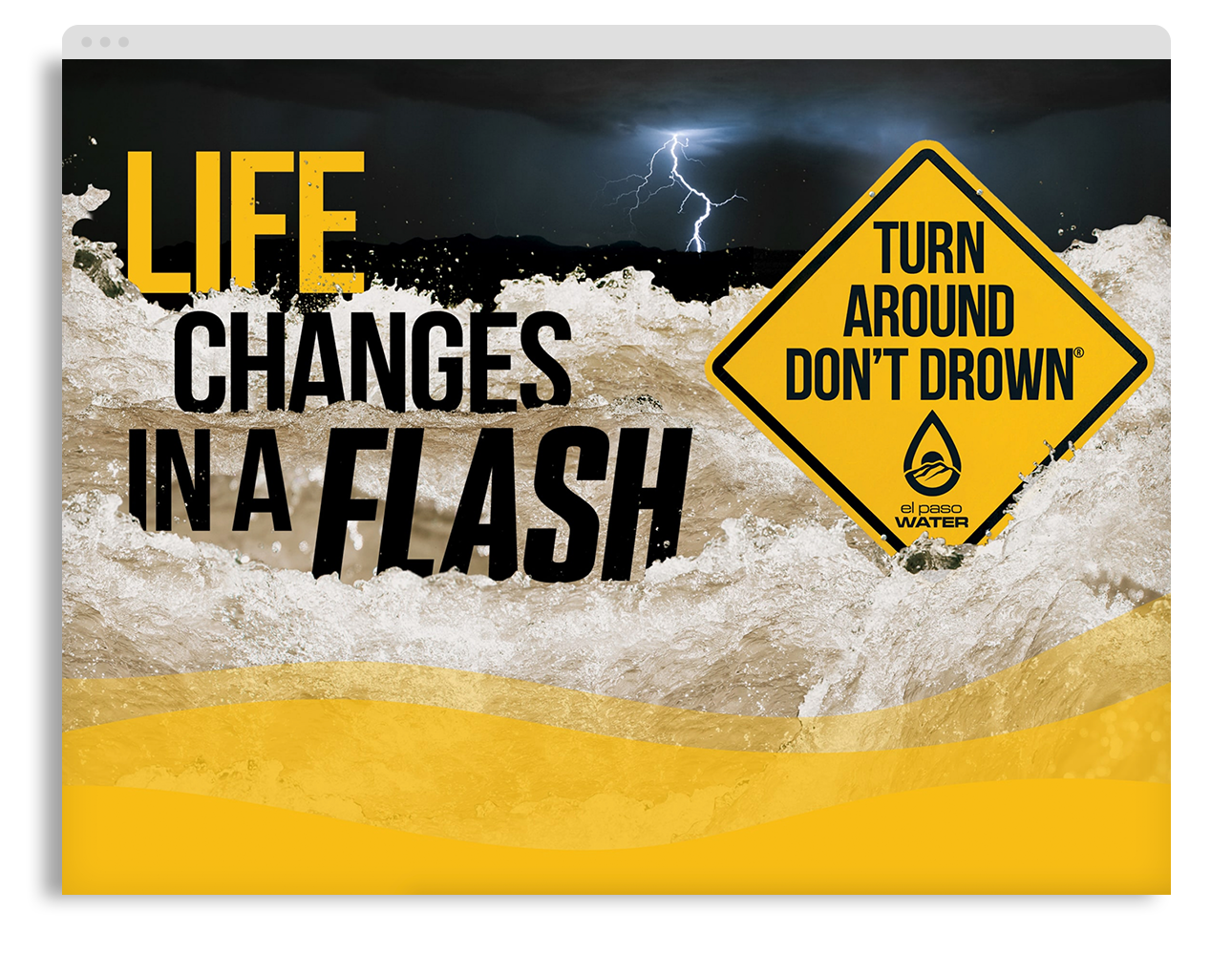 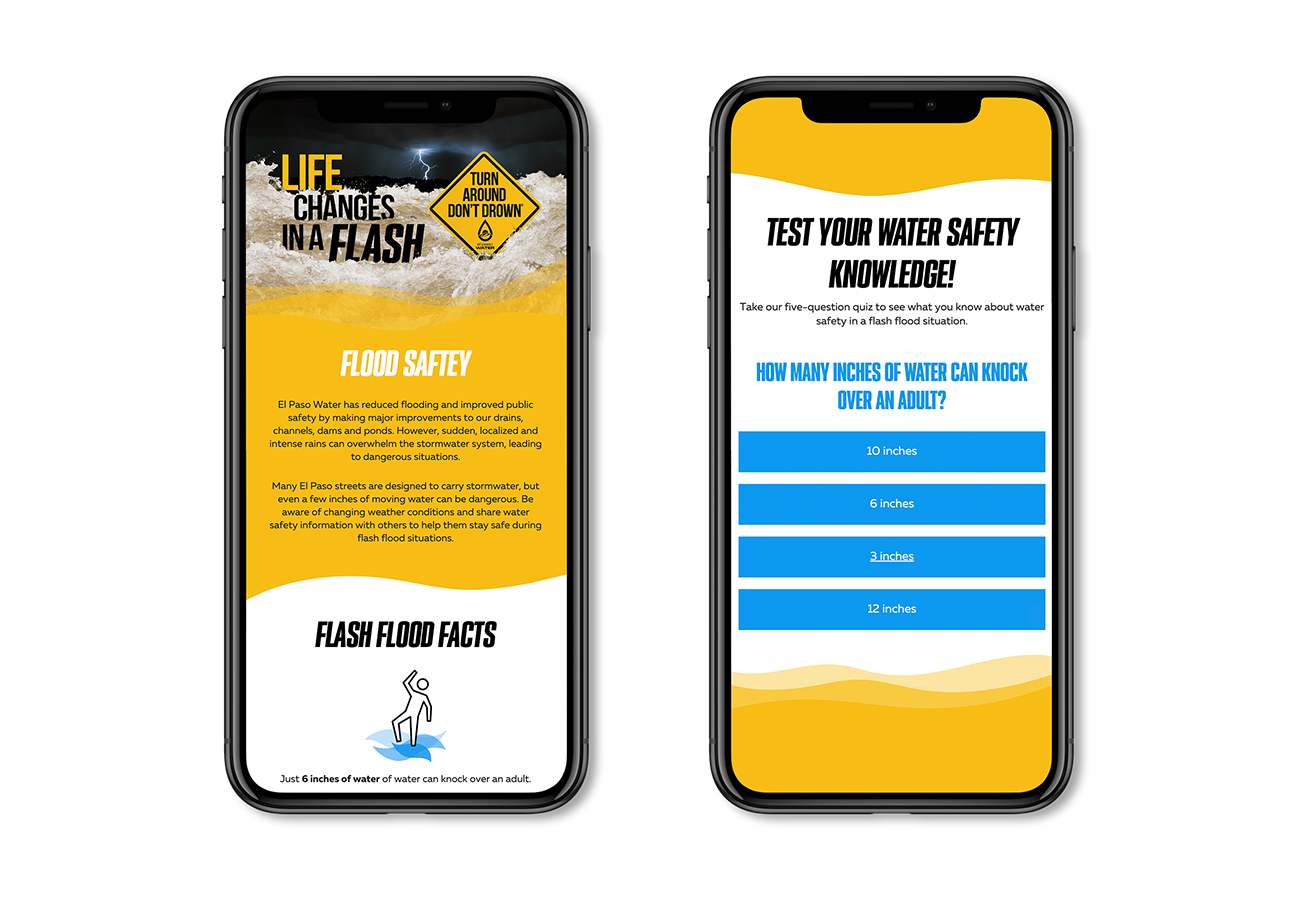 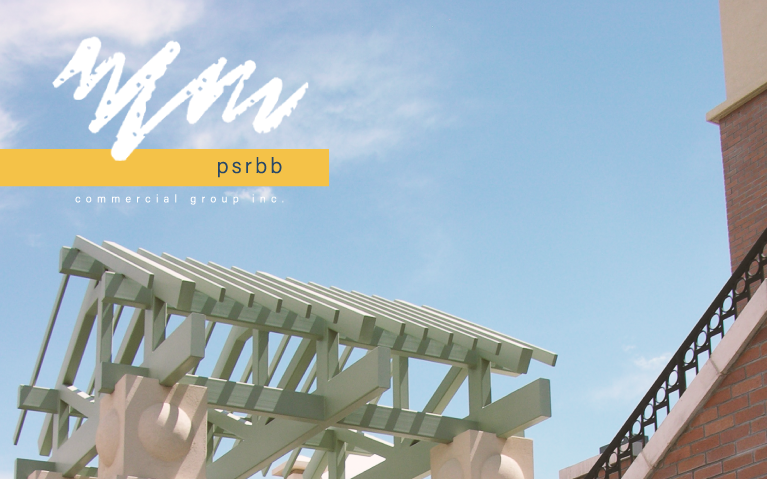 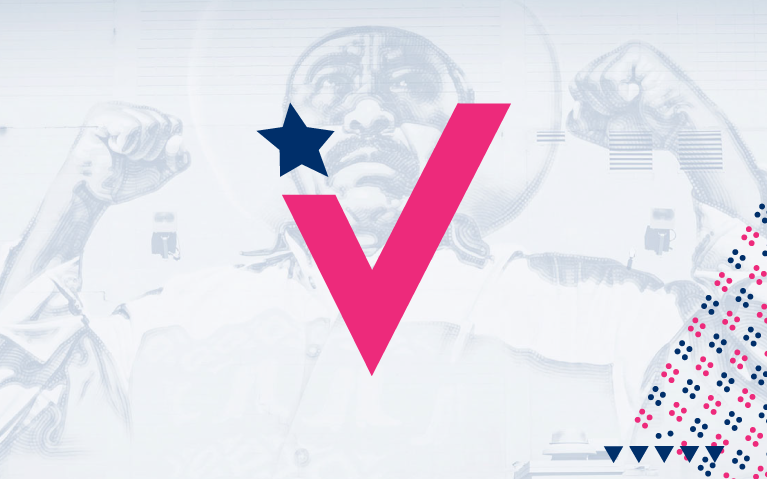 Veronica Escobar for Congress
Previous
Back To Work
Next